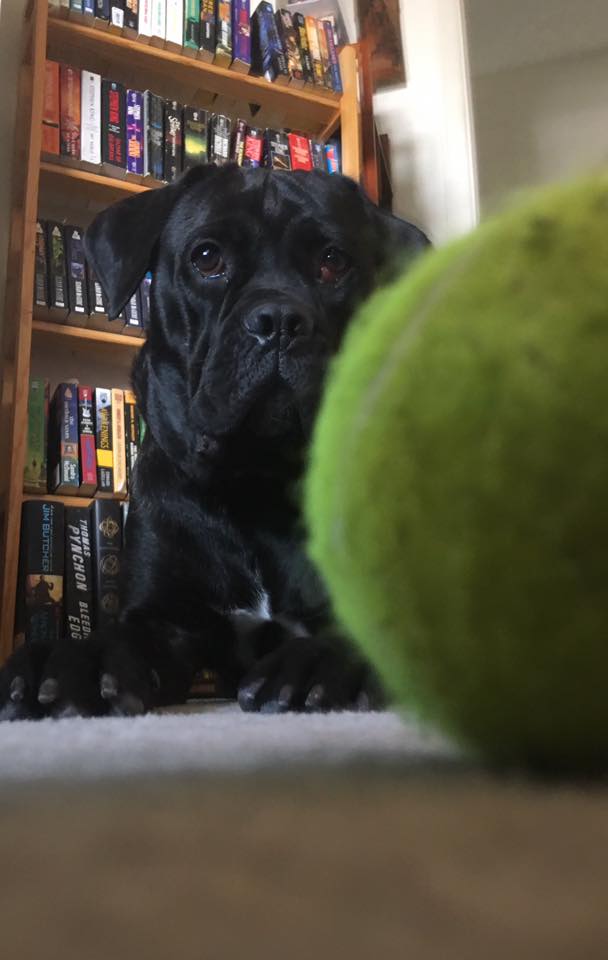 So, way longer than anticipated since my last post, almost a month. My entrance into the gig economy plays a part as does taking care of an adorable dog. I’ve been trying to adjust to new realities, working the gigs, and spending time with family. But, I’ve also been creating again, and that’s left me little time to write about creating.

1998’s films are almost complete! Six more to go in the Personal Blockbuster categories. It’s a whopper – already looking at 4,000 words plus and that’s after removing a couple movies from the list when I realized I didn’t have enough to say about them.

Hack Job continues development too. It’s the first work I’ve done in which I’ve simultaneously had a critique group working with me as I produce it. It makes a big difference. The First Writes group has been instrumental in pointing out to me ways to tighten the work, make it more relevant, and to introduce me to dimensions of craft I didn’t pay much attention to – if I was aware of them at all. Possibly the biggest one is what we call ‘state change’. If a chapter doesn’t do something to change the status quo in even a small way… why are we using it?

I’ve also spent a lot of time reading. A lot of it is for reference – although enjoyment has been no small part of it. I’ve decided to go back to the cyberpunk era proper since Hack Job takes so much from it. Instead of rereading classics from my youth, I’ve decided to hit the ones I hadn’t read. I’d missed Russo’s ‘Carlucci’ novels. I’d missed Pat Cadigan’s ‘Synners.’ I’d missed Wilhemina Baird’s books. I’m starting to catch up now, to get the different flavors of cyberpunk. While Cyberpunk is technically a ‘dead’ genre, its back catalog will keep me busy for years.

Additionally, I’ve done a deep dive into Paizo’s ‘Starfinder’ roleplaying game. I have missed greatly the ability to have a schedule stable enough for gaming. A friend of mine, separated by significant distance now, re-introduced me to Dungeons and Dragons in its fourth reincarnation. Amongst the many other things I gleaned from it, I found a gaming format that you can really bust down into small components if you don’t have time for a giant game. The dungeon delve was a good option then, though the group (like most groups – and my own preference) opts for longer format stories on a schedule compatible with nine to six jobs. But, you can opt out of that if you want for a roleplaying-light, heavy-tactical kind of game. Starfinder seems to be a way to do that or to find a weird, juddering medium road. I’ve read through the core rules, the alien archive, the Starfinder RPG Guild materials. I think I have enough to work with, and I’ve completed a scenario. It even has a map which let me flex my Adobe skills a little! With a little luck, good timing, and some Roll20 access, this could all work out. Maybe even help me reconnect with some of those far-off friends on an irregular basis. I could use that right now.

And lastly, I spent some time thinking about my first manuscript. ‘The Many Labors of Bob’ took a long time to write. Twelve years in fact. It started in 1999 after I had worked my first corporate office job. It was completed in 2010 after having spent eight years in the trenches of an office environment, and several years learning more and more about Greek Mythology. I’m glad I wrote it… but it’s time for me to put it to bed. It’s been seven years. I haven’t put any work into editing it. Working on it puts me in a bad place. It drew from a lot of hard times, a lot of lessons learned. It injected the whimsy and fantasy I wish my own life might have. But… it’s not to be. At least not right now. I’m trunking it. Those who have read it, I give you my thanks. It was a bloated, weird, first shot at writing something long form. I just don’t think it has legs enough for me to ever finish it, let alone sell it. So, for right now, sayonara, Bob. I wish you godspeed (which you kind of already had).

And that’s all I have for right now. I’ll see everyone soon – hopefully, faster than a month).