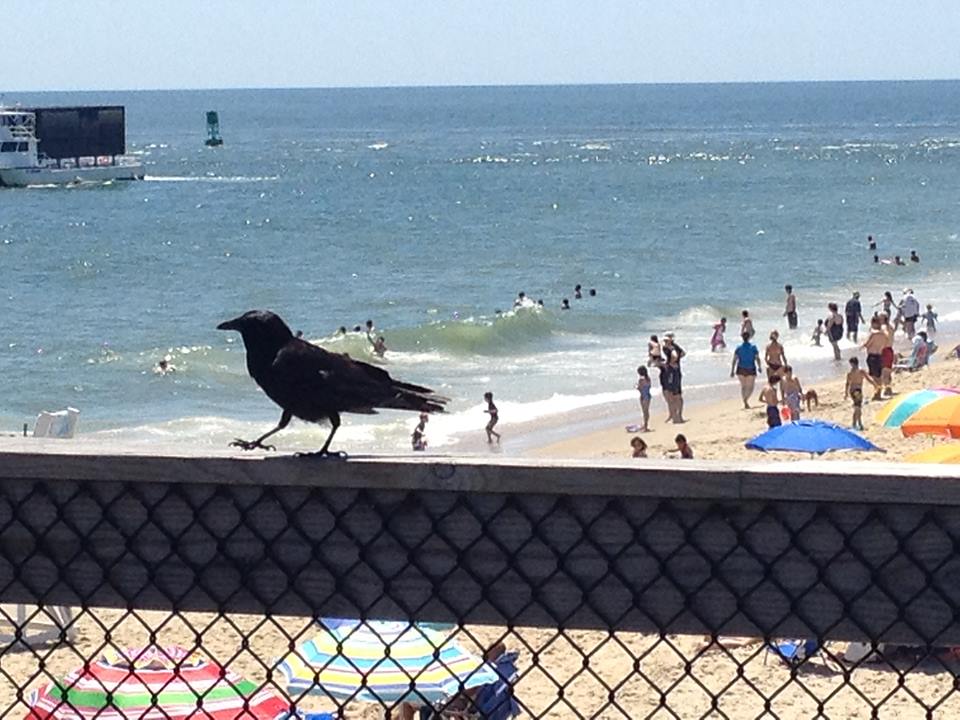 I was twenty four. A group of good friends of mine had invted me to join them to go to Cape Henlopen State Park to enjoy some nice weather. We packed up beach chairs, towels, sunscreen (which I should have used more of), portable stereos, and a ton of snacks and drinks. We took a back road down to Sussex County. And when we arrived on the shores of Cape Henlopen, good times commenced.

Our directions varied. Many took to the ocean, some stayed on the sand. I took some time to read on the beach and start burning myself to a crisp before I eventually wandered over to the water.

I was, at that stage in my life, not adventurous. At all. I played things safe. I didn’t take risks. I still believed that the world had a structure, and that if you played by its rules, you would be rewarded. And, as such, while I loved the ocean, I respected it enough to go only shin deep. I would let the the water lick at my feet.

Then, my friend Erik came up. Erik was bolder by far. Erik was more… everything. He was the guy in the room who everyone eventually gathered around. He had height, charisma, panache, and sheer personality. He stands next to me and he looks out at where my gaze is. Several of our friends were way out in the water. They were swimming and splashing, and generally horsing around.

“What are you doing out here, man?” Erik says.

I let another wave come in, bury my feet in the sand it’s depositing. “Just watching.”

I looked warily at the ocean. I’m a good swimmer, but I’d never swam in an ocean. “Jellyfish?” I said weakly.

Erik laughed. “C’mon man. You gotta do better than that.”

I hemmed and hawed. “It’s not, you know, like a pool. There’s riptides and stuff.”

Erik scowled. Not a mean scowl. Or even a firmly planted one. It was as transitory as a cloud passing overhead. “Dude.” He said. Dude was his go to word.

And then he started out in the water.

He came back to me and he said, “Listen. I’m going out there. And you’re coming with me. You know why?”

I just stared. I was only twenty four. Staring was my thing at that point because honestly I was kind of a dweeb still, a nerd who’d only in his last years of being a teenager finally found enough courage to be who he wanted to be instead of what he was expected to be.

Erik points to our friends. “We’re going out there, because that’s where the girls are.”

So I followed him.

And to this day, I am an avid ocean swimmer as a result. You show me a beach on a summer day, and I will swim in it. I can’t not think of that day every time it happens. The sun in the sky, the salty sea around me, and the feeling of belonging – even with strangers in the surf.

Erik is gone – but his legacy remains in every ocean that I see.