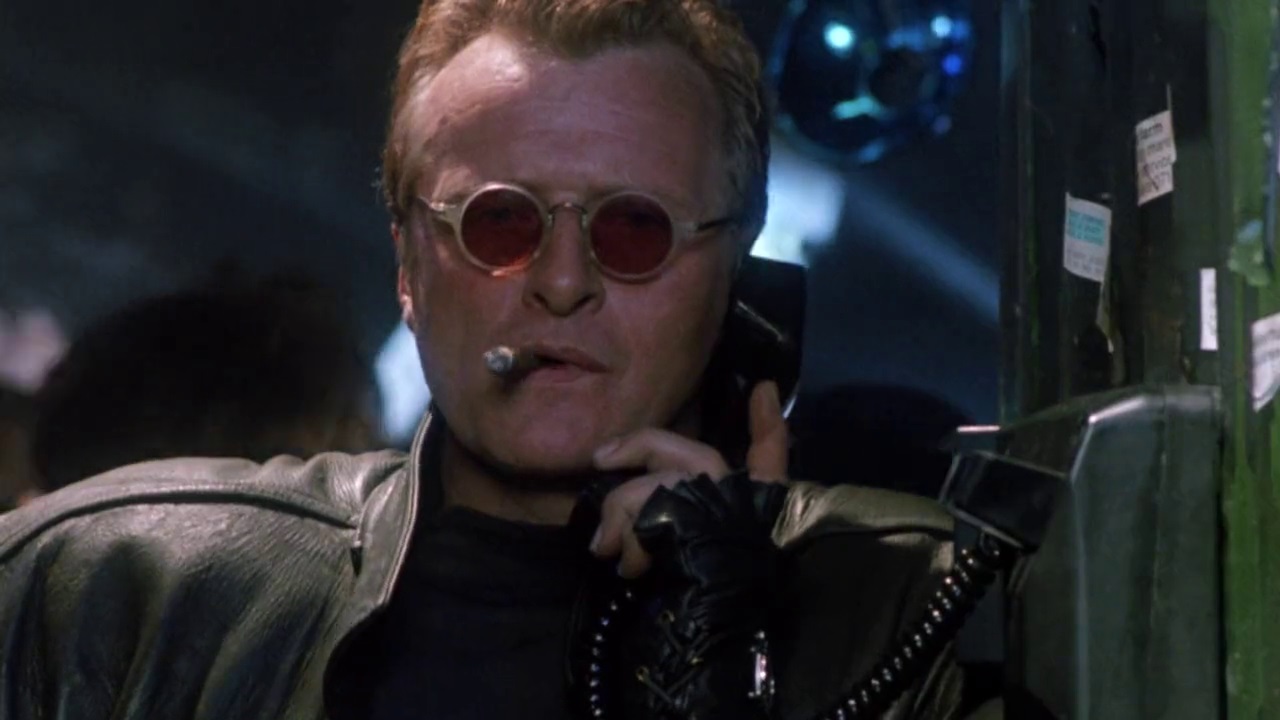 1992 was no exception when it came to dropped balls and a constant backdrop of near misses and middle of the road flicks. Here’s the cinematic leftovers of the year.

The Good, the Bad, and the Indifferent 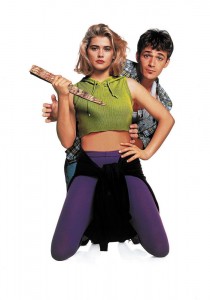 Freejack (Bad): A classic example of a cool idea done in a lackluster fashion. The cast was mostly good (Emelio Estevez, Rene Russo, Sir Anthony Hopkins), which makes for a puzzling question of what exactly went wrong.

The Lawnmower Man (Bad): Even as a pretty young kid, I realized that… computers just don’t do those things. Not even a little. But hey. Computer generated effects. Not enough to save it.

Beethoven (Indifferent): I was a kid who was in the process of becoming a young adult. This was a kids movie. It had a Saint Bernard. I guess it was okay.

Thunderheart (Good): Val Kilmer plays an FBI agent sent on an investigation in a Sioux reservation due to his partial Native American heritage. Graham Greene though is the greatest reason to watch this film. Particularly his scene (minute 1:10) where Val Kilmer tells him he had a vision.

Lethal Weapon 3 (Good): Adequate action comedy for the time, back before everyone knew Mel Gibson was an asshole. The addition of Joe Pesci made this film just that more surreal.

Encino Man (Indifferent): Lowbrow comedy with Pauly Shore. Kind of says it all. Notable for ‘Weezing the Juice.’

Cool World (Bad): Brad Pitt is some kind of detective in a cartoon world where Kim Basinger is also a cartoon. Given I’m an animation nut, you’d think I’d love this but… no.

Mom and Dad Save the World (Indifferent): I have friends who adore this as a cult film, but it’s okay. It has Norm from Cheers!

Death Becomes Her (Good): I know this movie was generally panned, but I did like what they were going for. It was the role that Bruce Willis finally started admitting he was balding in, and I have to admit that I was surprised he could play a role that wasn’t a big budget action hero. Good practical effects, too.

Twin Peaks: Fire Walk With Me (Good): Only got to see this recently, and it covers a lot of territory that the television show couldn’t for a lot of reasons. A must for fans of the Twin Peaks television show.

School Ties (Good): A good 1950’s period piece about a Jewish student hiding his heritage to attend a prestigious prep school. In addition to Fraser, you also get a relatively early performance from Matt Damon, as well as Ben Affleck (you can choose whether or not this is a positive).

Last of the Mohicans (Good): I didn’t watch this film until college, and only after the recommendation from my father. It’s all done very well, from the portrayal of the era, to the acting, to the soundtrack (I mean it on the soundtrack. Really good stuff)

The Mighty Ducks (Indifferent): Emelio Estevez teaches kids how to hockey better. I think this movie was done before in The Bad News Bears (1976), and probably better. Great NHL logo out of this film though.

Under Siege (Indifferent): All Steven Segal movies look the same to me, really. This is the one with the stripper in the birthday cake. It’s really the only differentiator for me.

A Few Good Men (Good): This was a good drama, but I got more out of the prank call soundboard app than anything else.

My Cousin Vinnie (Good): I’d not seen this film until the past week as my girlfriend was incredulous that I’d not seen it. Good film, made better by Ralph Macchio not really speaking much from behind his wispy mustache. 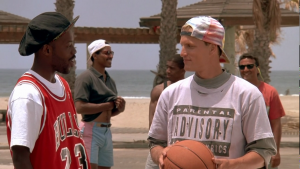 Kuffs: In my personal Christian Slater revival, I feel the need to see this. I had an opportunity on a flight once, but promptly slept through it.

The Hand that Rocks the Cradle: A lot of people talked about this film at the time, but it got away from me. I heard good things.

Juice: Another film that just missed me entirely. As a child of the nineties, I’m ashamed I missed just about everything Tupac Shakur was involved with. So this should happen.

Basic Instinct: This was the film everyone talked about that year, mostly on account of Sharon Stone flashing her hoohah for the camera. Which was exactly why I never got a chance to see it at the time. I assume there was more to it though.

White Men Can’t Jump: Caught about five minutes of this film on HBO as a kid before mom and dad shut it off. It was about race and basketball, and while I was curious about race at that age (racism made zero sense to me – still doesn’t make sense now) basketball carried no interest at all. Young Maurice was kinda dumb to discount it because it had a partial focus on basketball.

Year of the Comet: A cult classic that my friends talk about it all the time. Zombies are in it I think, so… I’m down.

Split Second: I have to see this, but it’s hard to find at a decent price. Cyberpunk-ish monster film with Rutger Hauer? Sign me up!

Rapid Fire: Brandon Lee’s debut. Seems like a no brainer to go back to this and give it a whirl.

Singles: I was down on romance themes when this came out – I didn’t have a serious relationship until I was in my college years. Again, young Maurice was kinda dumb to not like a thing because he didn’t have a related thing.

Passenger 57: I know this probably isn’t true, but I remember this being Wesley Snipes’ first branding as an action hero. So, I imagine I’d probably like this.

Toys: Looked really weird at the time, and from what I heard it wasn’t Williams’ best. But even Robin Williams on his worst day isn’t bad. Shit, I got through One Hour Photo (2002)…