On the edge of an American small town ruin there is a house for the most peculiar sort of survivors of the apocalypse. They have gone through the worst kind of experience imaginable. They have seen a catastrophic plague, the fall of civilization, death, and are forced into a strange new way of being. It’s not easy, and for people like Jack and Sandy, they see it as their duty to help others like themselves adapt to their new ‘life.’ 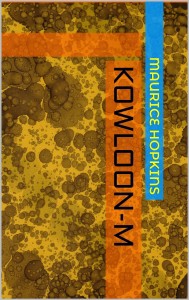 Chen has been condemned to live in the slum of Kowloon-M, the Honorable Society’s dumping ground for deviants, political dissenters, and religious practitioners. As a part of his punishment he has been fitted with a projection unit – a device that makes even his innermost thoughts visible for all around him to see via hologram. Alone and fearing to become something less than human, a chance rescue by a native changes his life.