Ever seen a building that just doesn’t seem right? I have friends who traveled to China several years ago, and they can relate. You can have a 4,000 year old temple standing right next to a Starbucks in China. I saw similar things in Edinburgh when I visited Scotland in 1996. You’d have a Tudor style building, and across the street and *BAM* there’s McDonalds.

We have one such strange building here locally. It’s kind of an eyesore, but I’m fascinated by it. Here’s a pic of it that I took while on the way to a doctor appointment. 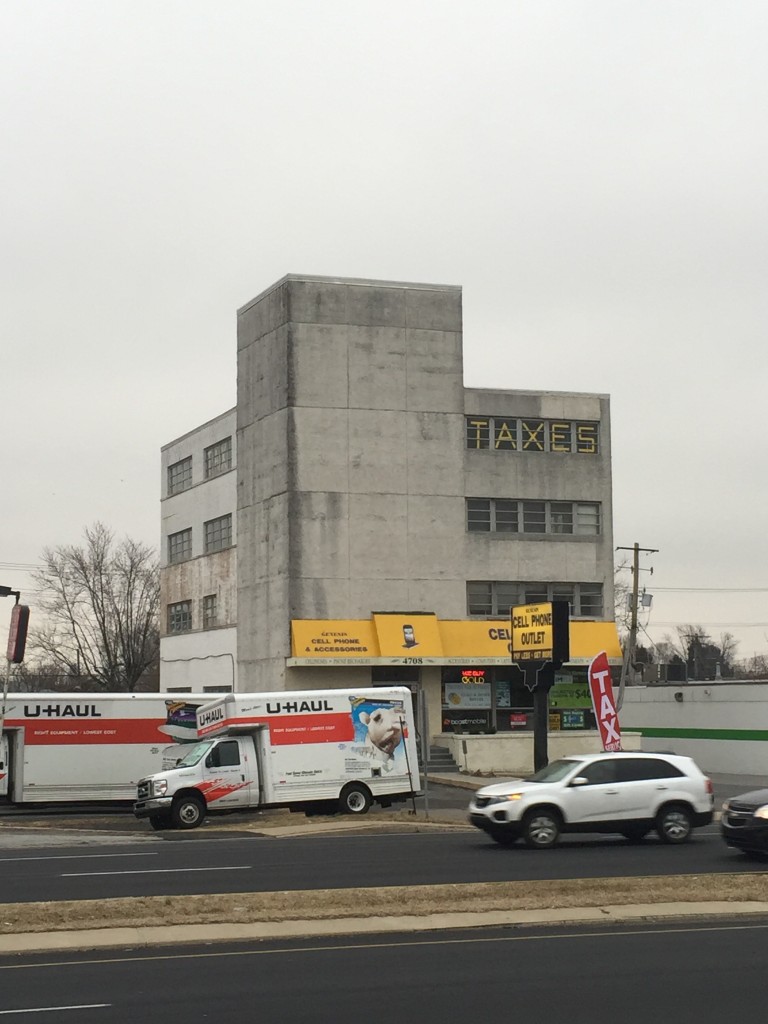 It doesn’t match any of the other structures around, which are mostly comprised of sixties through eighties era strip malls, as well as a couple of neighborhoods which are modest two story and rancher homes. This building stands tall above all of the others.

And it is a goddamned fascinating eyesore.

I’ve only ever been in its shadow once. At that time, there was apparently a salon in it and a friend was picking up a gift certificate for his then girlfriend. I remember sitting outside of it and wondering if my friend was going to come back out of it. It looks like the kind of place that might have a torture dungeon in it. Maybe it was a murder salon? I’ll never know.

As you can see now, it has a generic cell phone outlet on the ground floor, and what I can only assume is a serial killer / accountant office on the top. Maybe the salon is still on the second floor or third floor? I dunno, but something about this building squicks me out every time I look at it for too long. It’s like a slice of Eurasian communist era architecture transported itself to America and picked a random spot to take root. I have no idea what the history is behind this building, but it fascinates me.

We’ve got a few more weird places around here too – perhaps I can post a few more later. See what I can dig up in weird Delaware.