I love starting a post with a double entendre.

So, because the weather sucks on the East Coast this weekend, my plans changed considerably. Instead of going to Willow Grove to attend the Liars’ Club Coffeehouse, I hit the local mall before the weather could get really crappy to spend some gift cards and Christmas cash on something I’d been eyeing up. 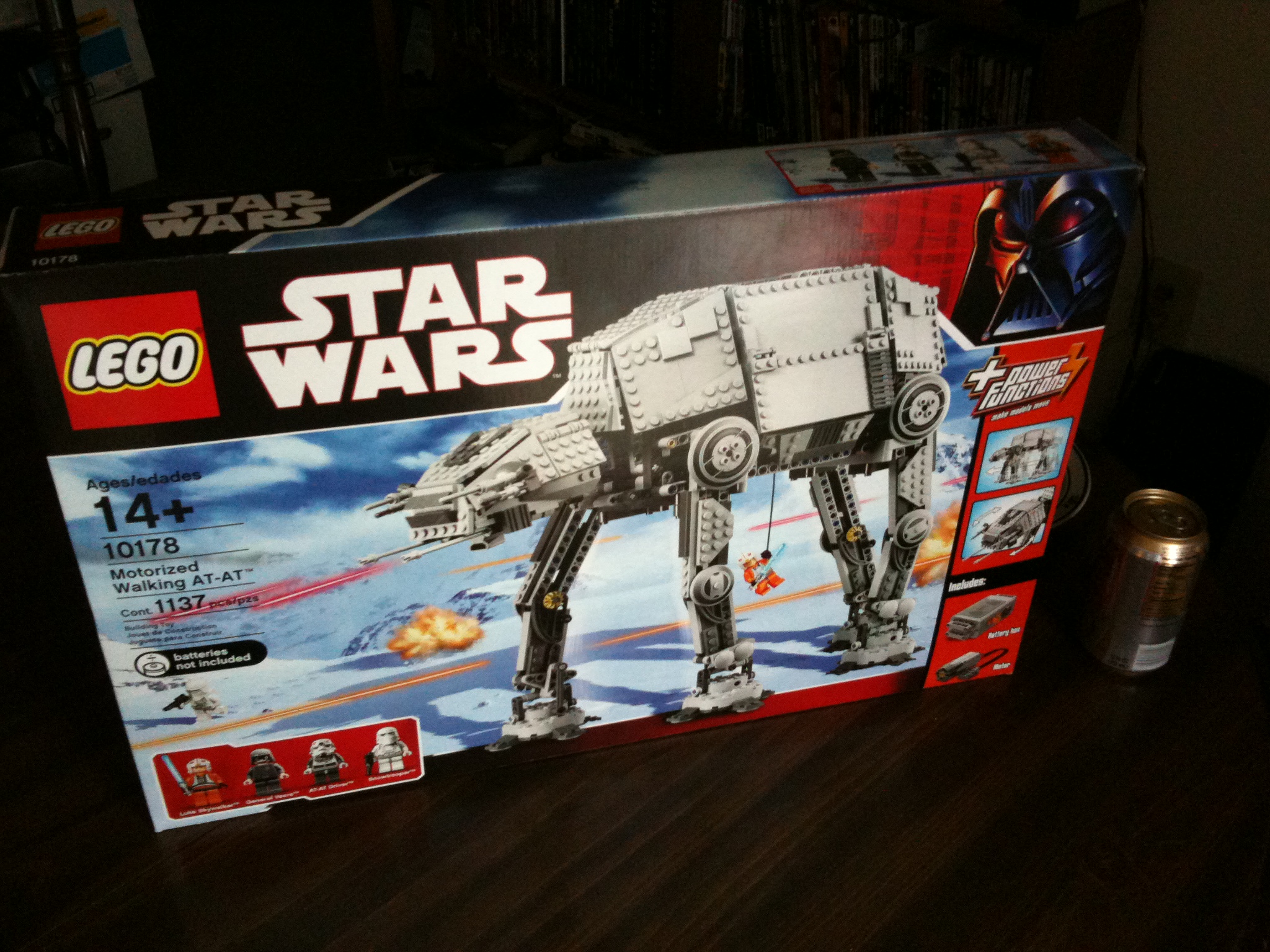 I always wanted to have an AT-AT.

When I was a little boy, I watched Star Wars on a semi-daily basis. Some days it was New Hope (okay, MOST days) but I branched out into the other films on occasion. If I had to name the most watched scene, the biggest contestant would be The Empire Strikes Back Hoth battle.

Why? That’s easy: AT-AT Walkers were, to me, the pinnacle of Imperial bad-assery. Standing hundreds of feet tall, armored against all but the most devastating of weapons, and just being intimidating as hell, they captured my imagination. I was known to frequently rewind our VHS copy a few times to watch the Hoth battle scene again and again. I never went so far as to root for the Empire during those years (Jedi were where it was at) but you couldn’t help but look at the AT-AT and say ‘that is really freaking cool!’

One friend I knew had the AT-AT Walker that was usable with the action figures as a kid and he got to live the dream. I looked on at this item of awesome with great envy in my heart. I never really got anything which came close as a kid to an AT-AT save for a plastic model kit of one which I butchered. So, I relegated it to the list of things I would never have.

Yesterday I broke the streak. And it was awesome. And more than a little intimidating. 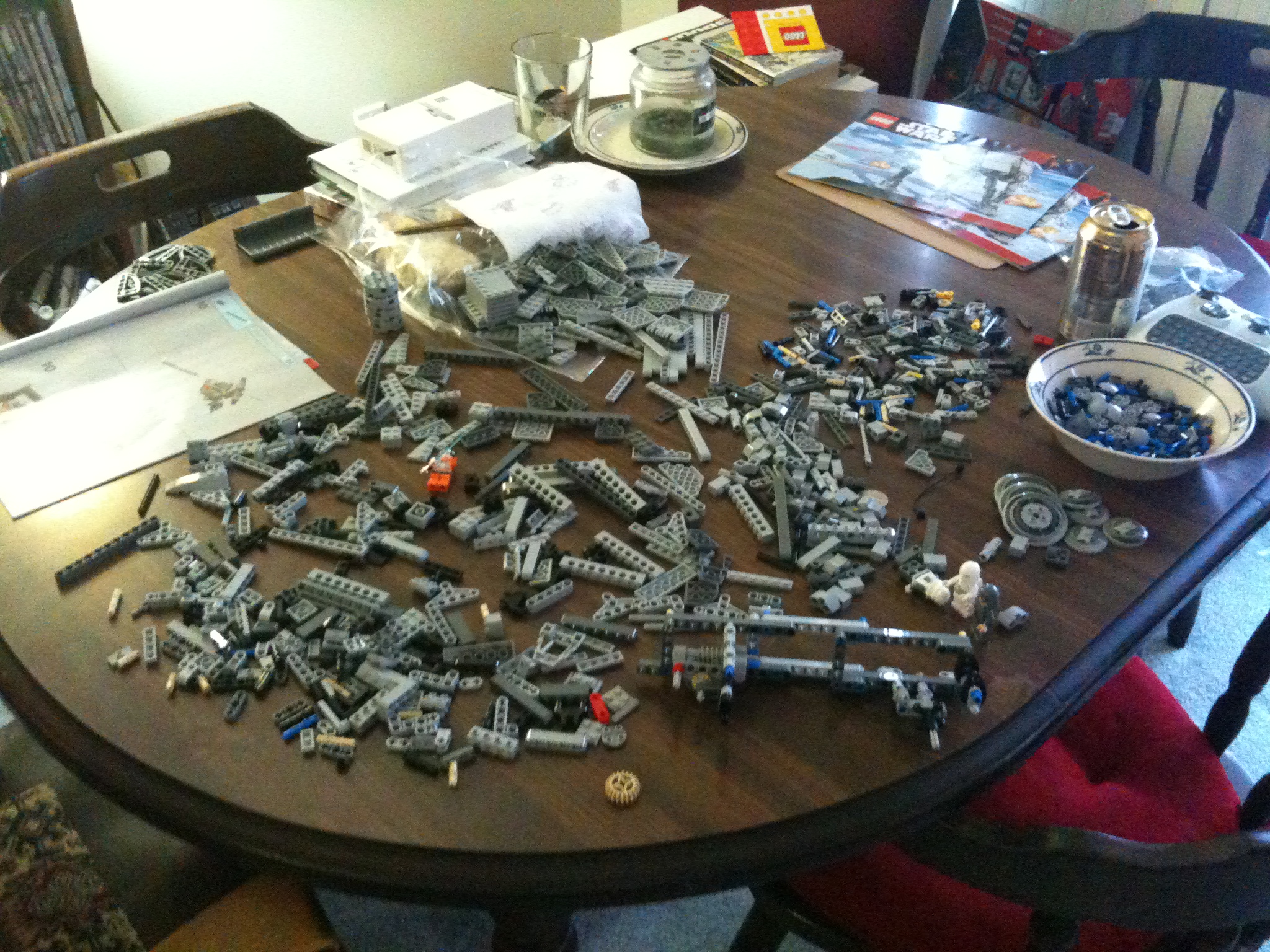 It has over 1,100 pieces. It has a motor, a battery pack, and three instruction manuals. It has an internal mechanism (drive train) that I had to assemble as an extension of the motor. I was in way over my head.

And it was awesome.

Lego Technics were something that I never really got a good grasp on as a kid. I had one set, a kind of race car if I remember correctly, and at age twelve, I felt like a big kid for having it. Technics were for the fourteen-and-up crowd according to the box, and that gave me the illusion of being a little more grown up. What a disaster. It quickly became apparent to me that I was not so great with the Lego instructions. For those in on the Lego thing, you know that Lego instruction manuals are very much like Ikea instructions; there’s not a goddamned word in sight to help you out. On one hand, the instructions are rather intuitive, but god help you if you missed a detail. And as an excited kid, missing details was guaranteed to happen a lot. I remember relegating Technics constructions to my cousins and to the friend who gave me the gift card to the Lego Store in the first place and called it a day. I stuck to standard Legos after that.

Some twenty years later though, I think I’ve come to a point where Technics are in my skill set. Fourteen years and older my ass. You need an engineering degree for some of these goddamned things. 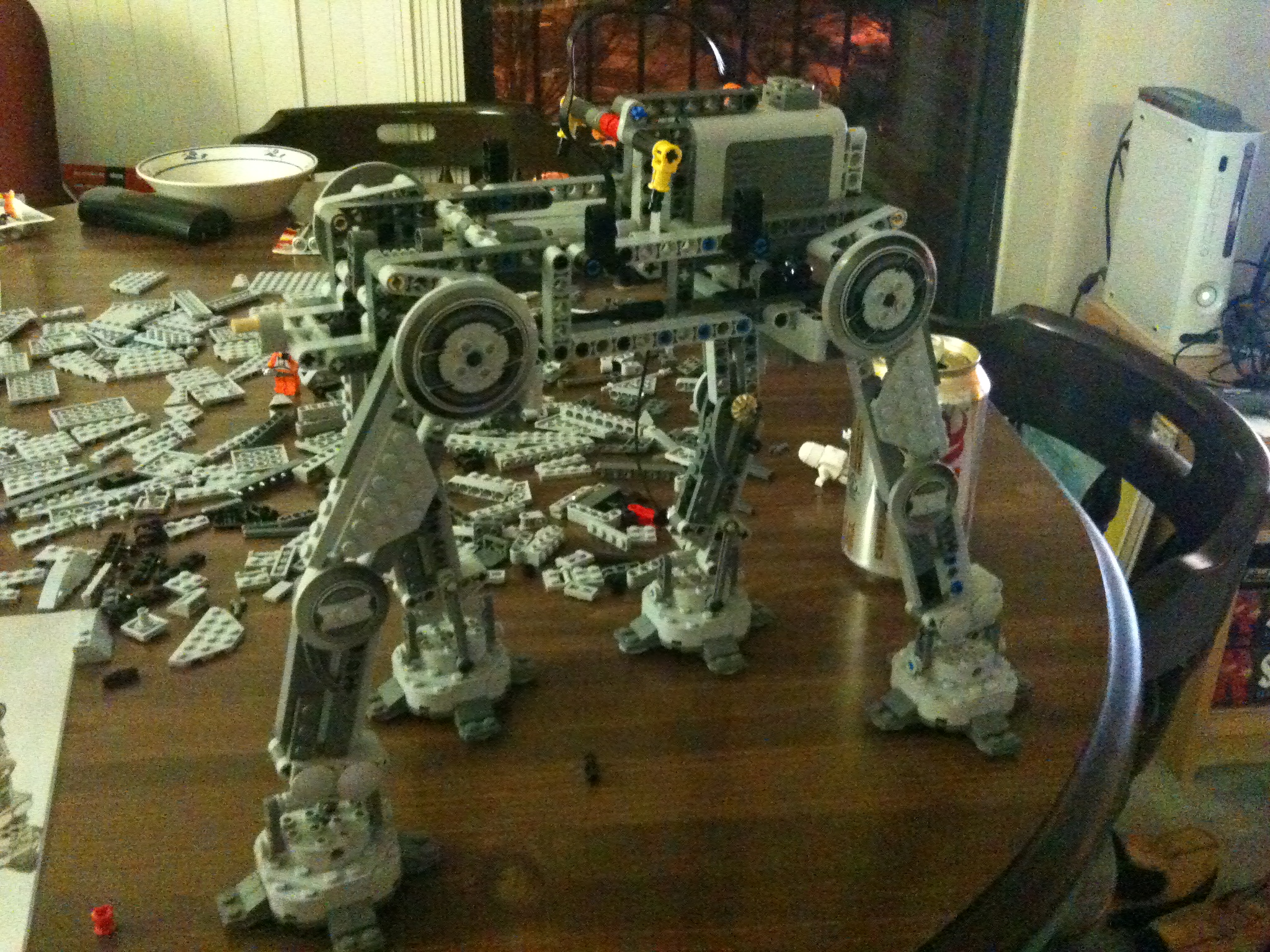 All said and done, the building process was incredibly fun. I had to go back over a few things that I’d missed in prior steps; one of them was so frustrating that I simply let it go since it was a minor and invisible detail that would have required me to gut the internal systems. But, overall the process resulted in something that more or less looked like what was on the box. Mission accomplished. 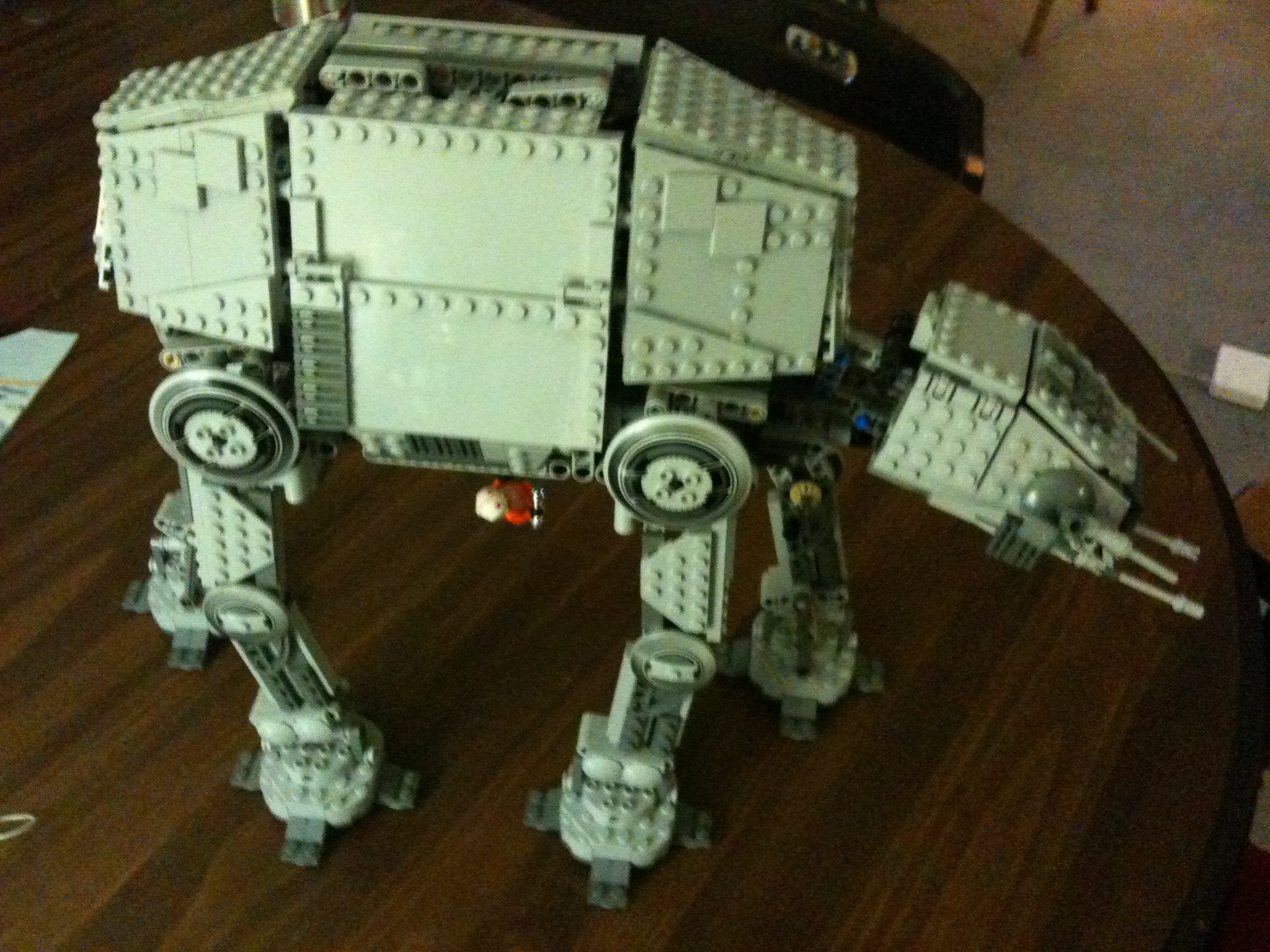 I am quite pleased with the final result. More so, I am incredibly pleased with myself. It’s the biggest Lego construction I think I’ve ever undertaken (even more than the Lego castles I built as a child), and I have to tell you, the inner-child that lives inside of me is even more proud. The Star Wars nerd that takes up much of my subconscious is even more delighted. Look at it! It’s a goddamned AT-AT!

In closing, I’m incredibly satisfied with this. It hits me on so many levels and resonates with my personality to the core. It’s super nerdy. It takes patience and skill to construct. It has a visual aesthetic to be admired. And best yet, it’s functional! That bastard can shuffle with the power of a motor!

The only downside is now I want more Legos.