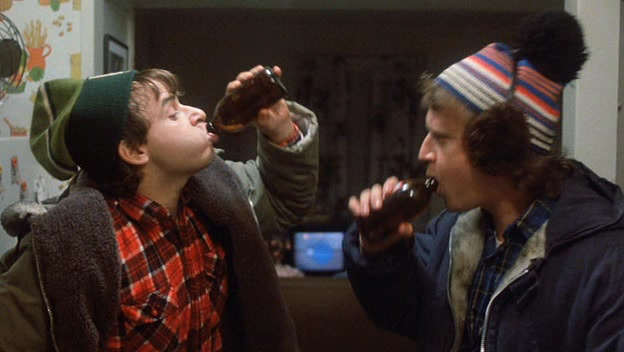 So, it’s now day seven into my trip to Vancouver, British Columbia. To say it’s been a whirlwind affair is not at all inaccurate. I pretty much hit the ground running and never stopped save to sleep in the past week. I finally had opportunity last night to stay up late, then sleep in accordingly late. Most of today has been spent binging Z-Nation on Netflix and washing some laundry. So, I thought I’d post today, make a couple observations on Canada.

I’ll be honest – my first and primary exposure to Canada was at an early age. God knows why either parent allowed it, but I had to have watched Strange Brew a hundred times before I turned eight. Calling my sister a Hoser, telling people to ‘take off, eh’ was a kind of thing that happened. As I aged I knew that these were the grossest of stereotypes… sort of. But, now that I’ve had opportunity to cross the border for longer than a two day thing (last I was in Canada it was in Ontario for a wedding) I thought I’d take a moment to go over some things I’ve learned.

Canadians apologize more than any other people I’ve met. If there’s even a chance you might be offended by something a local has said, the apology is out before their brain knows how to catch it. The politeness is almost unnerving coming from America where people mind their own business and if something you’ve said offends, the offended party can screw right off.

Or at least it feels like that in Vancouver. Now, while I’m told that Montreal is less reserved in this capacity, the remainder seems to be very, very mellow. Bars in Vancouver actually close at eleven o’clock. Which is like when a lot of bars are kind of getting started in Philadelphia. At approximately 11:01 PM last night, I started hearing drunken barriers returning to their homes in a stream of humanity that took about an hour and a half to clear. Suzanne tells me that the Night Bus ferries most of the drunks home and that if I take said night bus, I should be ready for the opposite of the first entry above (though if someone barfs on you you can be assured an instinctive apology).

There is a surprising amount of concern for our political process, and by ‘our’ I mean ‘America’s.’ They talk about Trump up here quite a bit, and I’ve heard many people talking about our debates. In America, I can’t think of even one person who takes an interest in politics to this level of a foreign country more than they watch those countries’ soccer teams. I can’t name their PM or the mayor of Vancouver, or tell you anything about their government, but they sure as hell know about ours. I found this out when I walked into a Comic Book store on Lonsdale Ave. and overheard the proprietor talking about an offended American who had stormed out of their store after simply mentioning Trump’s name. When it was outed that I was an American, the immediate apology came tumbling out, and I let them know that despite what they see on the news, we are NOT all as crazy as we’re made out to be.

4.) A Distinctive Lack of Junk Products

I miss Crystal Light. I really, really do. I’m drying out though – the lack of junk food here is notable. Now, I mean you can still find chips and soda and all of that – but the instant stuff we take for granted just isn’t here. Options seem limited for frozen dinners, powdered drinks, and other convenient quick foods. A lot of the brands I recognize just aren’t about.

I really miss being able to select the size of any given good in a grocery store. You want butter? You are buying a pound of butter. And that pound? It doesn’t get broken up into individual sticks. It is a literal BRICK of butter. Sour Cream? Don’t care it’s a short trip. Here’s your bucket. Travel sized stuff is in extremely limited supply – I’ve had to but lots of things in large sizes despite the fact I”m not going to be here long enough to use all of the items I’ve picked up. Sometimes I can find toiletries in travel sizes, but that’s a given anywhere I think.

6.) The Stereotypes Are Here, but Limited

For all I said above about Strange Brew, I have heard a couple of things come up. ‘Good day,’ and ‘beauty’ and ‘eh’ have all been heard (in various combinations). I have run into some French-Canadian speakers. People like their Maple Leaf stuff. But it’s not the way it’s portrayed in the States.

There’s a huge mixture of people here. While all ethnicities are not necessarily present, I see a lot of diversity here without a lot of the negative stuff I see when multiple cultures  put together in the States. I’m told that absolutely, there are many of the cultural frictions that I’m unfortunately used to, it just doesn’t seem to spill out into visibile life – or at least if it does I’m not seeing it.

I’m sure I’ll have more observations soon – but right now, it’s time to maybe find a bite to eat, perhaps a bookstore to cozy up in, and then come home down the gigantic slope that North Vancouver is built into.