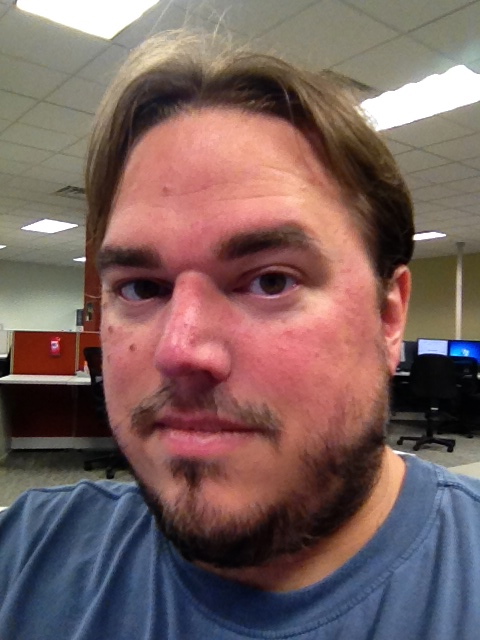 I wasn’t always Maurice. Well, I was, but I didn’t embrace it.

I was born and promptly given my father’s name, which was also his father’s name. It wasn’t supposed to be like that. I was supposed to be Sean (or, if you were my sister, I was supposed to be Diggity Dog – and also a pony). Mom was knocked out on painkillers after going through a full-throttle natural birth, and dad was looking at me there in the nursery. At that moment, my father locked eyes with me and saw his father staring back at him. So, he signed the papers. And like that, I was a Third.

It was done. My mother didn’t kill my father (though I’d say she had a right). The state had a name for me. A few days later, my sister and I both had Social Security Numbers (she was out of the system for several years). The heat died down on my father’s decision, and life resumed. It was kinda hard for me to remember being, you know, less than a year old.

I’m told by my mother that during those early years she did her level best to get my name established. She knew it would be a problem having two people with the same name in the house (she’ll still yell ‘SEAN!’ in frustration if she needs me to come running). But, it just… didn’t take. She tried my name in full in the beginning, then tried shortening it to ‘Reese.’

She eventually used my middle name as my dad and everyone else did. In fact, everyone who knows me from the long haul uses my middle name. Because, until recently, I did not embrace my first name. The reasons were varied, but the biggest was that my sister and cousin made fun of it. Pretty stupid, but there it is. Nothing wrong with the name. And honestly, it’s better than the name I use on the daily. Habit now, though – hard to change forty years of precedent. My daily people still use it. Probably always will, and I’m okay with that. The only people who regularly use my first name are doctors, lawyers, and human resources. We’re not usually happy to see each other.

When I started going after my creative work, though, I made a change. I realized that if I was going to have a career as a creative, my name is my brand. Furthermore, if you’re going to be weird as a part of a life goal with a public face, you might need to distance yourself from that personality so you can work during the day. So… here I am. Maurice Hopkins. Trip if you’re feeling froggy.

It feels to me lately that my life has changed in such fundamental ways that… I don’t always feel like my day-to-day name applies. As I spend more and more time as Maurice (though we’re basically the same person), there are things I say as Maurice than I would not by my day job name. I’m a Gemini. Guess it comes naturally if you believe in that kind of stuff (I generally don’t).

What I’ve discovered though is that Maurice has always been inside of me, waiting to go public. I never ever sign any artwork using my first name at all. Never had, not until Until A Strange Signal. It, and my fiction writing are the only thing to use ‘Maurice’ as my familiar name in public. I strain to think of any time my middle name was ever used for creative endeavors either. Initials at best, but usually just HOP3 in my trademark chicken scratch.

So, I guess I’ll lean into it. See what this Trip guy has going inside of him. Explore the world. Let the middle name handle the familiar daily stuff. But, you can call me Maurice. And, I guess, a Space Cowboy. Or the Gangster of Love. But only this once. Don’t make this whole thing any weirder than it already has to be.

I’m told by reliable sources that humans are pattern recognizers at our core. It’s not all we are, but so much of what makes us human comes from this basic component of our nature. We find things we can recognize, sort them in our minds for later use, then look back at them critically (or not – look at how we vote/don’t vote).

I’m no different in that I crave patterns. I have daily routines. I have ways things get done. I have some actions thoroughly organized to the point where my consciousness doesn’t even need to think about them hard.

And I need my writing career to build the same kind of rhythm.

Right now, I’m going to set up some internal rules and patterns. And here’s what I want things to look like during the weekday.

Weekends of course are whatever they are. I want to throw elbow grease in there, I will, but they’re free creatively. I get to do what I want with them. There’s no set hours – as many or as few as I want.

Let’s see how it works out. I’ll be starting this cycle on Monday. Let’s see what I have to blog about next week.