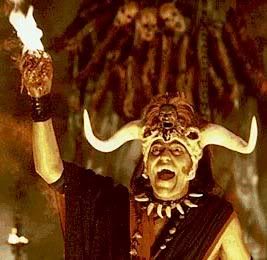 It’s been about three weeks now of a much more strict regimen. To keep my sugar readings in line, I’ve dropped a lot of bad habits, started going to the gym four days out of seven, started counting calories, and in general denying myself many of the comforts I previously held. Why would I do this? Well, if you’ve been following, the ‘Beetus is a harsh mistress.

You may also recall that it was goddamned hard to get the numbers to start slowly creeping down. But, I seem to be doing well on that count.  It ain’t great yet, and I’d say my median score is somewhere around 176 mg/dL, but it’s better than 190-250 mg/dL at any given time. With any luck, I’ve shaved some points off my A1C – but there’s no way to tell until I have my next blood test taken.

The further good news is that my morning numbers have been slowly dropping. I haven’t had a 200 morning in a while, so something is going right. Also, I have found that late night exercise is where it’s at on two counts. First is that all the machines are free at around nine on a weeknight, so that’s a score any way I slice it. Second is that when I work out late, my morning numbers seem to be better than usual.

I’ve even got back to being able to do some of the stuff I could do the last time I got into shape. The weights have been increased on the machines by about ten pounds each, and I finished two 5K elliptical runs in the past two weeks. I even had a really good time on one of them – 2.2 miles in 22 minutes. That’s two ten-minute miles no matter how I slice it. And my heart is still in my chest!

All things considered, the change has been a positive one. I’m getting out of the house more, I’m seeing results (nine pounds!) and I think that this could all work out so long as the Holidays don’t just destroy me.

And the holidays can be real hard on the sugars. Halloween alone should be enough to cause me to go comatose simply based on proximity, and when you add in the average Grands! biscuit intake through November and December, well, let’s just say it ain’t pretty in my family.

So it’s going to take some pretty iron will to get through to the new year without tanking the sugar numbers. I get tested in another week though and if nothing else it’s going to be the first step on a long path. Wish me luck, and be sure to take cover when those flaky, delicious biscuits get tossed into your family’s foxhole. It’s loaded with all the carbs you shouldn’t eat.

The easy weight is coming off – nine pounds in ten days. This isn’t weird. It worked this way the last time.  Pretty soon, I’ll have lost the water weight. Then the real work starts.

Still, nine pounds makes a lot of difference. I can already see some of the loss in my face. I can also feel my body adjusting to things. The elliptical isn’t so draining now. I have already been able to slowly ramp some of my weights. Hamster time hasn’t full on produced much creative stuff yet – but my head is starting to clear while I work. And more of that happening means the ideas will start coming again.

I also have a buddy to go with. While Sarah’s been too sick recently to go, she’s as enthusiastic about it as I am. When we’ve been able to, we go together. When she can’t, my dad has gone with me. Having support is one of the biggest things to keep me going. Working with people makes work go by faster.

The curious part is that the hunger hasn’t been so bad. I think I have a good release valve going on the weekends, namely that on weekends I don’t count calories – I just eat sensibly. After ten days, I am starting to have a better sense of what is ‘enough’. It’s hard to manage more than a day of that though. It’s how I got here. I’ll have to be careful moving forward. It’s always inattentiveness that gets me.

Which is weird, because in recent days I have felt more aware. My focus improves when I do what I’m supposed to do. I had forgotten that. Colors are a little brighter, as is my outlook. I complain less. I feel a little more alive. It makes me wonder why I let myself go the last time. Living this way… it’s not so hard. Why wouldn’t anyone do this?

Maybe I watch the next episode of the Blacklist on the elliptical. Best of both worlds.

So, I lost six pounds already. I’ve been working out for maybe two weeks and the easy pounds are coming off. My girlfriend has been incredibly supportive, and my dad has even been going to the gym with me most nights. My blood sugars are still in the toilet, but it’s beginning to work itself out as I work myself out.

It’s strange too, because this is the third time I’ve been here. I remember when I was first diagnosed in 2005, the doctor and I had a very hard, very graphic conversation about where I was at and where I was heading. By blood was thick like heated animal fat, my sugars were at 288 ml/dl. At that pace, I was headed to renal failure and my kidneys were already in enough distress that I was going to be on ACE Inhibitors for the rest of my life. If I ignored it, I could also look forward to losing my feet, hands, and/or eyes. It woke me up, showed me how bad things were.

It put me on track right up until May/June of 2007. I went to Japan that year. And my sugars were great even with me indulging in local food and skimping on gym exercise (though I was walking around a lot on the guided tours).

When I got home, I let it loose a bit. I put on another twenty pounds after having lost about forty. A year later on my diabetes checkup, the doc said he didn’t like where things were headed. So, I endeavored to rein it in and for a little while it worked. Up until about 2012 I was managing okay. Average sugars were about 120 –  140, high, but not horrendous.

After that though, I started to lapse into ‘convenient’ eating. I started going out to lunch more days than not, I got cheap, quick breakfast food. I’d go out to dinner and clear the plate or not watch my portions when I was home. I stopped going to the gym at all (though I’d pay for it through the process).

As you might have guessed by the last entry here, it’s gotten bad again. Really bad. A1C never has been higher, even though my daily glucose numbers aren’t as high as when I was diagnosed. I’m facing injection therapy (again) and I’m definitely scared out of my wits.

But, so far, the fight has been working. I’ve already lost six pounds (these are the easy pounds) and I have at least fifty-four left to go.  I have an array of tools available at my disposal, the primary one being the LoseIt! app I used last time to get myself in order. Additionally, I now have an even better gym plan, one that allows me to go to any convenient location. Given they’re one of the larger chains, this is handy for anywhere I go, even if I end up out of state. I also have the support of my girlfriend, my family, and my friends. I suppose I might also start crediting my active ignoring of the Blerch. As a friend has noted, discipline is required to really achieve. I have discipline – right up until I get a big distraction. That’s the big part. It’s easy to think you’re doing fine once you get to a good place, but I always seem to forget the part where it can’t be though of as a temporary change. It needs to be a forever thing. And forever is daunting. It’s why one of the AA pillars is taking things one day at a time. One day at a time isn’t as hard as looking into the cold stare of infinity.

But, I think I’m making progress, even if the numbers aren’t shaking out the way I want them to right now. It’s going to take a lot of time to turn this ship around.

Stay with me people. The progress will come.

Brainstorming is a big part of coming up with good stories, ideas, characters and places. However, there’s precious little time to do it by most folks’ standards. We have jobs, families, obligations, friends, hobbies, and interests. Carving time out to just think is challenging enough without working out the kinks for writing fiction.

However, take heart. Brainstorming isn’t something you need to cloister yourself away for. The best way I’ve found to brainstorm is Hamster Time.

It doesn’t actually involve a hamster, but it does involve the hamster wheel, metaphorically speaking.

I’m a big, fat Diabetic guy. In order for me to keep things in control, I have to keep my body in working order or things go to hell. What this typically means is that I have to find a way to get my butt moving, and the best way to do that is to go to the gym. When I first started, I didn’t like it. Every part of my being was aware that my body was on fire and that it just wanted the exertion to end. But, after a while, it got bearable. I realized that without a whole lot of effort, I could keep the body moving on the treadmill or elliptical machine (my hamster wheel of choice) while allowing my mind to wander. After a while, I picked up on something pretty cool – when I worked out, it left me a hell of a lot of time to think.

Putting this time in my day accomplishes a two-fer: I keep my body in better working order and I can take the time to muse on any particular aspect of a story that I might have in mind. Sometimes it’s pure idea creation, other times its working out an existing idea until I get it’s inner logic worked out. Sometimes it’s building a character or even a confrontation. I love listening to instrumental pieces in these cases – especially if I’m working out a battle. It’s like transcribing kung fu movies with their own soundtracks.

Given my lack of gym time recently, it’s not surprising that the creative fires banked (and my ass got fatter) a bit in the past year. But with a little luck, I’ll get that hamster wheel rolling, get my Diabetes back under control, and start outputting more (and better) work.