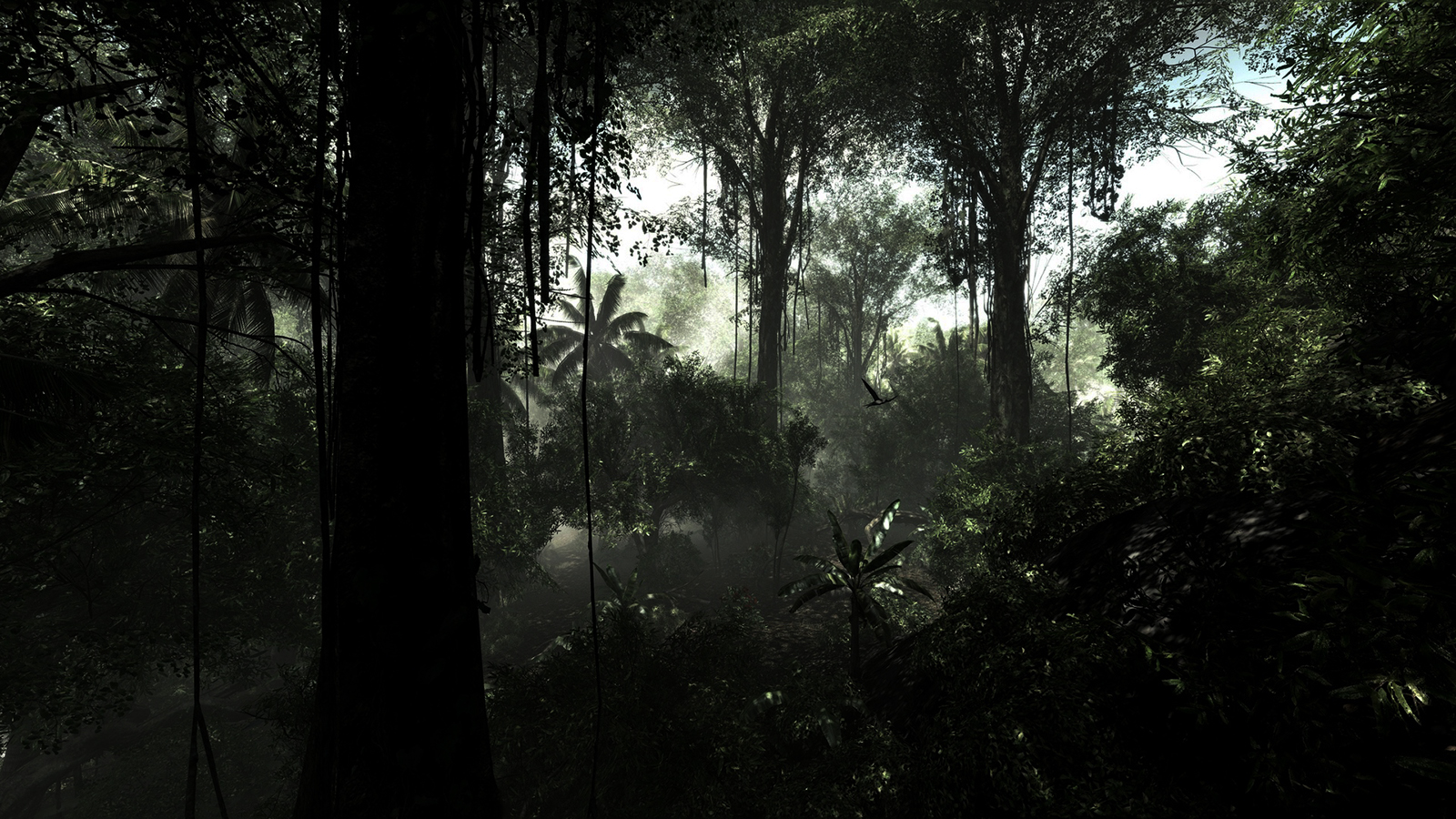 You might have heard of a guy by the name of Chuck Wendig. He’s had a series of fantastic books featuring his trailer-punk death psychic, Miriam Black. My personal favorites though are the many sourcebooks he wrote or co-wrote for White Wolf (now Onyx Path Publishing or O.P.P. if you know them) for the World of Darkness, and also for a book I don’t think gets as much credit as is due: The Blue Blazes.

But, apart from the free advertising here for Chuck (which hell yes, I support; buy his books), he also has a blog at http://www.terribleminds.com. On said blog, he’ll put out a challenge or two fairly regularly.

The most recent challenge was to take two random genres to mash up and then let them have at each other until you have 1,500 words, approximately. I got:

So… this is going to get fucking disgusting pretty goddamned quick. I’m temporarily calling this one ‘Beasties.’ Maybe I rename it, maybe I don’t. Either way, enjoy – provided you can hold down your lunch. You’ve been warned.

The drop craft’s landing was much smoother than its orbital entry. It’s captain, Narthan, was irked at having to walk through one of his newer grunt’s vomit on his way out. According to the pilot, they were only minutes away from the last known location of the prospectors. When he found them, he would put his boot up their collective asses for dragging him down to the surface of… whatever the fuck this shitty planet was called. As the Fury’s Executive Officer, he resented going mudside in some ancient drop craft that his syndicate wouldn’t even retrofit. The smell of defoliant only made him more insufferable.

He gulped a lungfull of air from his rebreather and shouted at his crew.

“All right. You all know the reason we’re here. Get to the prospecting team’s transponder and bring back information on what happened to their party. This planet is property of the Noborov Syndicate now, and we’re to bring back anything useful concerning the missing prospectors as well as any survey data. Faster it’s done, the faster we can get our cut of everything valuable on this festering shithole. Fucking get to it.”

The crew split up into pairs to begin investigating while Narthan went back to the craft. He ducked his head into its access point and spoke to the pilot.

“We have a reliable linkup back to the Fury?”

“It’s thready, but it’s here. Even our amped up transponder relay gear is having trouble in this magnetosphere though. Cap’n ain’t gonna be happy, but… nothin’ to be done, XO.”

A scream came out from the jungle. Narthan was on the comm channel immediately.

“What in the fuck is going on? report in!”

“XO, you’re gonna wanna see this,” came a staticky voice. The channel’s signal was poor, but Narthan could make out the voice of Darby, one of the grunts.

“Locked on to your signal. I’m coming to you,” Narthan said, grabbing his gun.

The corpse was all but broken down into a twitching, bloody pile by the local wildlife. A small swarm of tiny, five-legged, eyeless creatures no bigger than a child’s finger were feasting on it, their mandibles clicking and clacking as they shoved gristle into their conical maws. They’d taken out the softest parts of the prospector first – the genitals, the meat near the armpits, spaces between digits on hands and feet. The skin was almost entirely devoured. It could barely be identified as human. Ropes of veins and nerves stood out in sharp relief against ravaged muscle. Bones could be seen in a few places, mostly around the ribs. The limbs looked deflated and withered.

Narthan did his best to look unfazed.

“Where’s his fucking head?” he said to Darby.

“No clue.” Darby’s voice was dull. Narthan recognized him as one of the crew’s only combat veterans.

“Not yet. If the scavs on this one are any indication, any of the other prospector corpses might be gone by now. These bastards are good little eaters.”

“You sure these things aren’t what did ‘em in?”

“If they were predators, I think they’d have started eating us by now.”

“Probably. But, never trust an alien ecology to be like ours.”

Narthan turned to look at the other crew mates. “All right. I want a standard sterilization here against known insect-like life. Hose this whole place down in a hundred meter radius from the landing craft. Hop to it!”

The men scattered to comply. As they did, the XO began to take count. The crew’s math didn’t add up.

He checked his roster in his ocular implant’s heads up display. One, two, three…

He counted nine men deployed in his line of sight.

Ten was a standard drop, plus a pilot.

“Son of a bitch,” he said, lifting his rebreather to spit. “Where the hell is Finch?”

The transponder became more finicky as Narthan trudged through the fetid jungle growth. Based on the Pilot’s earlier comment, he had no reason to believe that Finch might actually be dead – it was probably a transponder problem causing his reported ‘death.’ They’d seen it happen before on planets with strong magnetospheres. They’d barely touched down on the planet for fifteen minutes, how much trouble could a fuck up like Finch get into? Regardless, Narthan took Darby with him to look into the missing crewman’s last location.

Narthan figured the greedy little shit probably saw something that he thought might make him rich. Bizarre lifeforms fetched a good price in certain quarters of settled space, and Narthan was seeing all sorts of it that might qualify… if you were stupid enough to leave your post on an uncharted backwater planet.

He swatted at a stinging creature at his neck. His hand came away red and yellow with goop. Darby had a few critters on him too, but he didn’t seem to mind while they supped on his blood.

“For fuck’s sake, log this into our report, Darby – more insecticide next time.”

After a few more minutes they found a gobbet of flesh about the size of an apple in the leafy ground.

Darby began scanning the area visually. His implants kicked in, giving his eye a shine like a cat’s.

“Yeah. That’s his heart,” said the grunt. “Personnel transponder is weaved in it day one with the syndicate. We’re right on top of the signal.”

Narthan sent an alert through the comm. “All right everyone. Pack it in. We’ve got hostile local life here not indicated by the initial sat survey. We’re getting the fuck out of here. Dust off in ten standards.”

He shut off the comm and looked into the jungle. That was when he saw Finch staring at him from behind a thicket of leafy growth.

Many things happened almost at once.

First, Narthan heard distant gunfire. Several lights went off in his HUD display implanted in his left eye noting that two of the crew were now dead or dying. Then, that same eye was skewered by a flying lance of bone, sending vitreous humor and chunks of nerve into the blanket of dead leaves around his feet. He screamed and fell to his knees as another sliver of bone flew into his throat. His wet screams were utterly feral.

Narthan tried to rip the bloody dart from his eye socket with one hand and to offer futile panic fire with the other. The thing wearing Finch staggered out of the brush. It was much like the other five-legged insects they’d been shooing away, but larger, standing almost three feet tall and draped in what Narthan had to assume was the remains of Finch. Where the creature’s main body should be was now protected by Finch’s severed head from the jaw up. Bits of trachea, brain, and tongue dripped from its crude armor’s base. Fresh human bones – Finch’s femurs, a humerus, a tibia, and several vertebrae – seemed to cover its segmented legs like extra armor. It seemed to be nibbling on finger bones in it’s mouth, whirling and sharpening them down into darts.

Darby’s autorifle roared. The first hit to the thing knocked off the top of Finch’s skull, exposing the softer, pulsating shell of the beast beneath. The second shot sent a spray of yellow-brown ichor spurting across vines and roots as the thing fell.

The last thing Narthan would ever see, was the squirming of tiny, five-legged things crawling over his remaining good eye and beginning to devour it as his HUD flickered out and died with him.

Darby made it to the drop craft only to find the pilot dead. His head was similarly missing, his body practically rippling with burrowing horrors. He tossed the body out, then gave the craft the command to return to base on autopilot. He found more of the smaller beasts, and killed as many of the squirming things as he could under his boots until he could find no more.

Thirty seconds before docking with the Fury, he hit the airlock controls and voided the craft with an override. He left the airlock open until his skin went icy and cracked, until he felt like his eyes would freeze solid. When he finally managed to close the airlock, he knew he’d be in infirmary for weeks if he survived, laid up with voidbite. So long as the critters were dead, he could live with that.

When he finally felt the dock clamps hit home, the Fury’s alarm klaxons were active with orange quarantine lights. It was then he realized that the death of almost all his crew would trigger a lockdown request after going to an uncharted world.

Darby gave out a wheezing laugh, then lit a cigarette. As he did, a larval creature crawled up his hand. He took one big inhalation of smoke, then shoved the cigarette’s glowing ember into its soft chitin, searing his own flesh in the process.

Then the dock was filled with heat and flame to rival a small sun.

“Fuckin’ figures,” he said as he felt the heat rise, then saw a mass of writing creatures begin to poor out from behind bulkheads and drop cradles.

Then there was only fire.