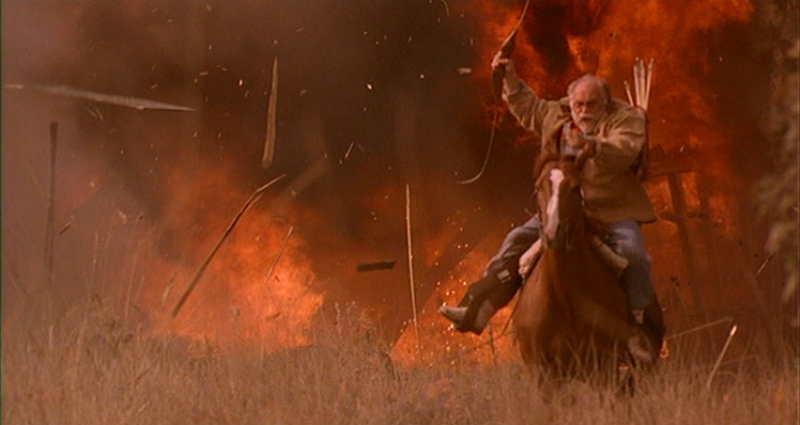 Before We Get To 1993’s Cutting Room Floor

So, it’s been a while since I managed to get the retro running again. My life has been undergoing that old ‘interesting times’ bit. But, I think I’m back on track and getting back in a groove so to speak. Big things on the horizon are forcing me back to ye olde blog and getting the creative and analytical juices flowing.

Another reason I went on hiatus was that I needed to actually watch some of the films I’d mentioned missing. So, here you have some real-time, brief reviews of nineties films that fell through  the cracks! There’s one for each prior year, and I’ll be trying to get to Boyz In the Hood later today – so there will be an update on that as well with any luck. I”ll be trying to fill in the gaps as best I can in additional posts. 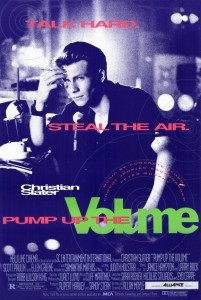 I liked this one, though I think I’d have benefitted from watching it when I was in high school. Essentially, I’ll watch just about anything about pirate radio, and this was a pretty good example of the times of the nineties. I remember the FCC had started to be put up as an enemy to free speech about the time this film came out (Howard Stern was always going off on them for obvious reasons), and this film used that sentiment to great effect (even if the primary ‘bad guy’ was Michael J Fox’s dad in Teen Wolf (1985). 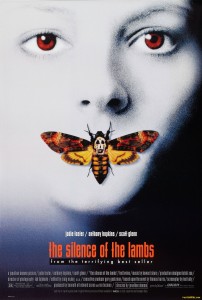 I figured I had no right to continue this project until I had seen this film. There’s a case to be made that this film changed everything about thrillers when it was released, so I needed to see it for myself.

When I finally watched it, my girlfriend looked to me and said, “So? What did you think?”

The answer to that is kind of complicated.

It is a great movie, at least four stars. Great pacing, great cast, and a film legacy that can be seen to this day in current media. But because of all that, I knew all of the film’s cinematic beats. It really took the impact of the film out, knowing all the tropes that it’s bred in parody, pop culture, and the films and television shows that followed in its foot steps. “Hello Clarice.” Lecter using a downed guard’s skin as a mask.”I’d fuck me.” The guy in the cell next to Lecter’s throwing his semen at Clarice. It didn’t have the impact it would have had back then. But good goddamned that had to be positively shocking for the times.

The nineties film that would do that for me would come much later: David Fincher’s Se7en (1995). 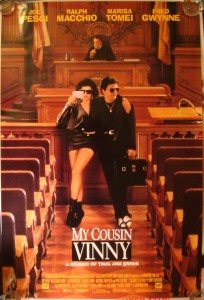 This is pretty much by-the-book in terms of comedy, but Joe Pesci sells it. It’s a classic underdog piece about a guy grossly outmatched has to pick a big fight in court. It’s basically The Night Of (2016) but without all of the shady and horrifying shit that goes on in Riker’s Island happening to Ralph Macchio and Joe Pesci isn’t banging hookers while having his day in court.

Okay, so it’s not like that I guess. But still enjoyable. 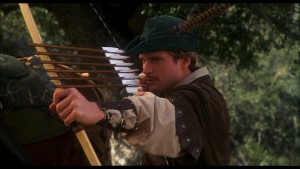 To the Cutting Room Floor!

As you can see from the earlier entry, 1993 was absolutely huge. If you can believe it though, there’s a TON more stuff that I either didn’t see but want to now, or that just didn’t quite open my heart up. So let’s take a quick look at the other stuff that ended up by the wayside.

The Good, the Bad, and the Indifferent.

Judgement Night (Good) – This didn’t quite move the dial for me. The soundtrack was sort of better than the movie. It’s about a group of haves taking a wrong turn into a neighborhood of have-nots. They run afoul of hardened criminals and find out what life is like when there’s no cops to save you, nor any way to talk themselves out of a bad situation. It did have one great exchange though for my money’s worth. Denis Leary is chasing down Emelio Estevez and company and he’s trying to pay off a kid for a tip on where they went. Leary hands over a wad of money with actual, real blood on it. The kid points out “That money’s got blood on it.” Leary replies with “Ever seen any money that didn’t?”

Needful Things (Indifferent) – The Book was better. Like it usually is.

TMNT III (Bad) – Turtles in time. The turtles go back to Japan around the time that guns are first brought to bear on the empire. They kick things and somehow Leonardo never cuts a single samurai in half. What does he think those swords are for, anyway?

Coneheads (Indifferent) – Like most comedies, this was a one and done. Saturday Night Live occasionally gets a good film adaptation, but this one was nothing to write home about.

Robin Hood: Men In Tights (Good) – It’s Mel Brooks, but nothing that beats Blazing Saddles (1974). It also has an early performance by Dave Chappelle, who nobody knew at the time.

So I Married An Axe Murderer (Bad) – This movie needed more of Mike Myers portraying his father and less of literally everything else. “Head! Paper! Now!”

Cool Runnings (Good) – A heartwarming adaptation of a real life team of Jamaican bobsledders. There are worse ways to pass ninety minutes.

Gettysburg (Good) – If you have to get a portrayal that covers the salient points of the battle at Gettysburg, you can do a lot worse than this. It’s largest downfall is that it’s well over three hours long. Solid portrayals by a lot of good actors like Jeff Daniels, Tom Berenger, and Martin Sheen.

Robocop 3 (Bad) – Now he can fly! Peter Weller walked away from this one. That should have been the first hint.

The Three Musketeers (Indifferent) – All of my friends loved this but it wasn’t a huge win for me despite the presence of Oliver Platt.

Addams Family Values (Indifferent) – As much as I loved the first one, this just felt unnecessary. I don’t really remember a lot from it, but I don’t think I remembered it as being particularly awful.

Mrs. Doubtfire (Good) – This was the first movie I took a date to. Robin Williams is excellent as ever he was, going back to his deep comedic roots, though it’s not my favorite film he’s done by far (Dead Poets Society (1989) holds that honor).

Wayne’s World 2 (Indifferent) – Much like Addams Family Values, this film tried to catch lightning in a bottle twice and fell short. But, when you make as much money as Wayne’s World (1992) did, the studio saw the lack of sequel as leaving money on the table.

The Dark Half (Good) – I am not sure how I got my father to see this in the theater with me. I have a soft spot for the story since it’s an adaptation of my very first Stephen King novel. Michael Rooker was in it as the Sheriff of Castle Rock, which was a good start. And looking back I realize Amy Madigan and Timothy Hutton are both in it too (I love their work in both Field of Dreams (1989) and Leverage (2008-2012) respectively).

Fire In the Sky (Good) – A somewhat terrifying account of a man who claims he has been abducted by aliens. Based on a true story. It is rarely revisited due to some of the more disturbing aspects of the abduction that squick me out.

Needful Things (Good) – With Max von Sydow and Ed Harris (also portraying the sheriff of Castle Rock) it’s hard to go wrong. But, much as with the Dark Half, the book is way better.

Fortress (Bad) – Prisoners of a maximum security prison have no chance of ever escaping – uinless they’re Christopher Lambert. 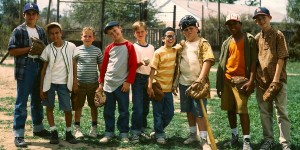 With all of the stuff I did manage to cram in for 1993, there were still films I missed. I still feel I need to catch up on these films.

Point of No Return – It’s a remake of La Femme Nikita so… I guess I’m down for that.

Indecent Proposal – This is one of those movies that people endlessly talked about when it came out. Again, my parents probably would have vetoed this one, so it didn’t get seen.

The Sandlot – Given how much my family loves baseball, I don’t know how I missed this. I think it’s returned to Netflix again as of the time of writing. I should get on that.

Dave – A lot of my friends talk about this one and no doubt are judging me right now for admitting this gap in my cinema consumption.

Dragon: the Bruce Lee Story – Interest in martial arts films didn’t really hit until my college years so this totally passed me by.  I wouldn’t really come to appreciate kung fu films until seeing Half a Loaf of Kung Fu (1978) and Legend of the Drunken Master (1994) while working at a Blockbuster Video during my college years.

Sleepless In Seattle -A lot of chatter went on about this film, but I was definitely not in much of a mood for romantic comedies around that time given my general strikeout with dating that year.

The Firm – I’m not entirely sure I’ll care for this film, but it set a kind of precedent for legal thrillers by the impressions I heard. Can’t hurt to see it I suppose.

Hard Target – Jean Claude van Damme and Wilford Brimley? HOW HAVE I NOT SEEN THIS?!

Kalifornia – I seem to recall a lot of my friends who were allowed by their parents to see this liking it. I got the impression is was kind of in the same vein as Natural Born Killers, even though this film technically came first.

A Bronx Tale – This is Al Pacino at his Al Pacino-est by most accounts, so it feels like this should definitely be in there.

Rudy – I just… don’t like American Football. So it’s not a surprise I’ve not seen this. I’ve been told over and over again that it’s a must see because while it is about football, it’s not about football. I reckon I’ll have to get around to this.

Carlito’s Way – As I get older, I find the crime genre to be a little more attractive. I dunno why. Maybe it’s the Dane Cook ‘All men want to do a heist’ thing or not. This film was touted as particularly violent, so there was no way it was gonna make it to my eyes in the nineties.

Schindler’s List – I mean, this is one of the few movies that makes my dad cry every time he sees it (the other is Field of Dreams) and is always going to be socially relevant. It’s a gut churner to be certain so I’m kind of gunshy about seeing it.

Philadelphia – My chosen city’s name adorns this title. If I recall, it’s where Tom Hanks first shone as not just a goofy comedian but a good drama actor.